Co-Blame: An Examination of Shared Blame in the Restaurant Delivery App Industry 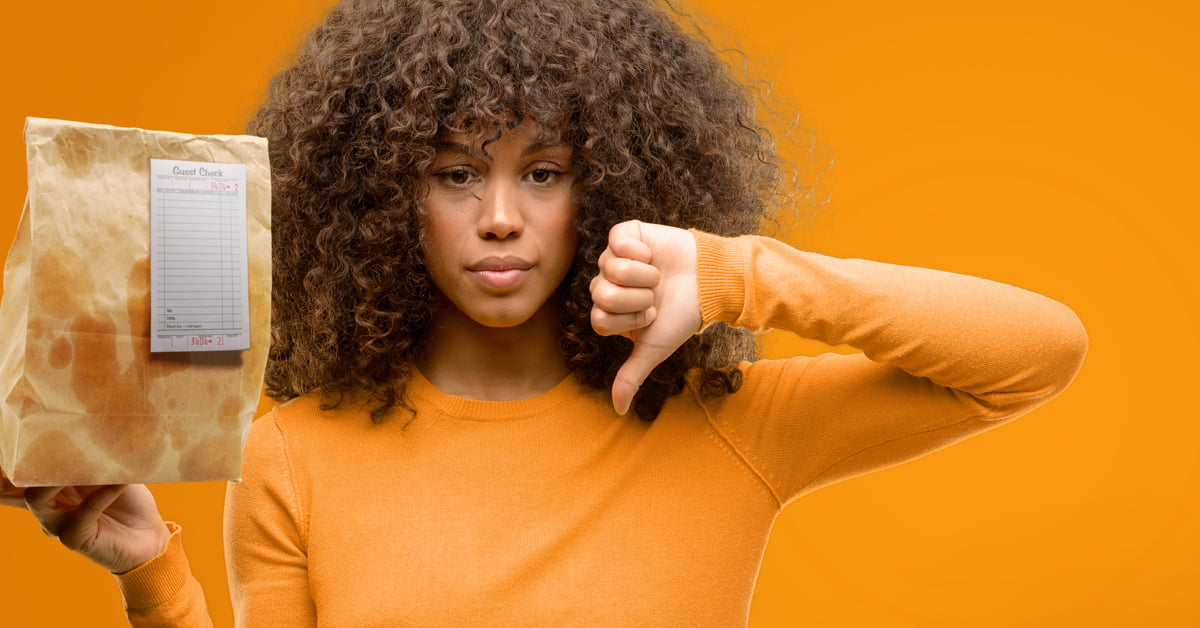 This study by the Zion & Zion market research and strategy teams examines what happens when two brand partners are jointly responsible for service delivery, but said service delivery results in service failure. In particular, in this study, we examine the extent to which restaurant brands and multi-restaurant delivery website/app brands experience what our research team has termed “co-blame.” We define co-blame as existing when both parties are blamed by the customer for a service failure. In this study, we measure several types of service failures (i.e. several types of restaurant order delivery issues); document the frequency with which co-blame occurs; and measure its intensity when it does occur.

The Zion & Zion market research and strategy teams conducted a nationwide survey of 1,084 U.S. consumers. When there is a product or service-related problem with restaurant food when delivered via a delivery app company (such as Grubhub and UberEATS), the result is often that consumers blame both brands no matter which brand (or both) is actually to blame. Our research terms this “co-blaming,” which our study shows occurs with as many as 71.8% of consumers who experience problems. This has significant customer service and brand implications for both parties.

It’s inevitable that problems and frustrations with multi-restaurant delivery websites/apps lead to consumers wanting to blame someone, even when the responsible party can’t be identified with certainty. New data from Zion & Zion’s market research team indicates that when things go wrong with an order—from unacceptably late delivery to missing or incomplete items—consumers often blame both the restaurant and the delivery service at the same time—customers “co-blame.”

For example, imagine that you engage a delivery company (i.e., Grubhub, UberEATS, DoorDash, or Postmates) and you experience one or more problems with your order, such a missing main or side dish, wrong temperature, or late order. Who do you blame—the restaurant or the delivery service? According to this new research, the answer is often both. Figure 1 shows that 61.7% of consumers cast at least some blame on both parties at the same time. For the purposes of our research, we examine varying levels of co-blame.

It’s important to note that both entities (restaurants and delivery service companies) are frequently receiving simultaneous blame even though consumers may not actually know which (or both) is truly responsible. If a consumer’s meal arrives cold when it is supposed to be hot, which “should” be blamed is often irrelevant as BOTH often wind up being co-blamed. It doesn’t really matter to many customers whether the restaurant should be blamed for not adequately cooking the item, or the delivery service for picking up and/or delivering the food late or without adequate thermal insulation. And if an item is missing, many customers don’t differentiate between it being the restaurant’s fault vs. the delivery service’s. Our research makes it clear that it doesn’t matter; they’ll both often be blamed.

While co-blame occurs consistently for all issues, there is measurably more co-blame at the low and moderate severity levels when consumers experience two specific problems: unacceptably late deliveries and food that arrives with the wrong temperature (cold when it’s supposed to be hot, and hot when it’s supposed to be cold). The highest levels of co-blame found in our study is 71.8% (low co-blame threshold) of consumers whose food arrives at the wrong temperature.

To examine whether there were generational differences in co-blaming, the Zion & Zion research team analyzed our data to show how millennials (those age 22 to 38) vs. non-millennials (39+) co-blame restaurants and delivery companies when experiencing problems with food delivery. Figure 6 shows the aggregate data for all four problems combined into a single data set and reveals that there are indeed generational differences in co-blaming at the low and moderate thresholds, where millennials co-blame measurably more.

Generational co-blaming behavior divergence becomes more pronounced when viewing each problem separately, as shown in Figures 7 through 10. This reveals some interesting differences:

• When experiencing a problem with missing or incorrect main and side dishes, millennials assign markedly more co-blame than non-millennials at the low, moderate, and high thresholds.

• Non-millennials co-blame significantly more than millennials at moderate, high, and extreme thresholds when their food is delivered unacceptably late.

• Both generations show equal co-blaming levels in response to food that is delivered at the wrong temperature.

Most brands are only in charge of their own destiny. But when two brands (restaurant and delivery app) come together to provide products and services, resulting problems (no matter which brand is responsible) can affect them both. Such is the case in the relationship between restaurants and service delivery apps. They need each other, but product and service failures frequently hurt them both regardless of which is actually at fault.

What’s a brand to do when co-blaming results in it sharing the blame for something it may not have done? It would be a mistake for a brand (either the restaurant or delivery app) to ignore the resulting co-blame. Even if the other party is technically responsible for the delivery problem, the resulting co-blame causes harm to both brands. Therefore, they both have a stake in preventing and solving the problems. That’s why it is important to understand and measure the extent of how consumers react, and then find ways to fix or mitigate the problems.

Co-blame may only be meaningfully alleviated by attacking the root of the problems, no matter which entity dropped the ball. This suggests a teamwork approach to solving and preventing product and customer service problems. If a restaurant can help the website/app prevent problems, then both will benefit. And vice versa. The two entities are already engaged in a symbiotic relationship; they need each other. A problem-solving partnership between the parties may be able to reduce co-blame and, therefore, reduce the harm to both brands.