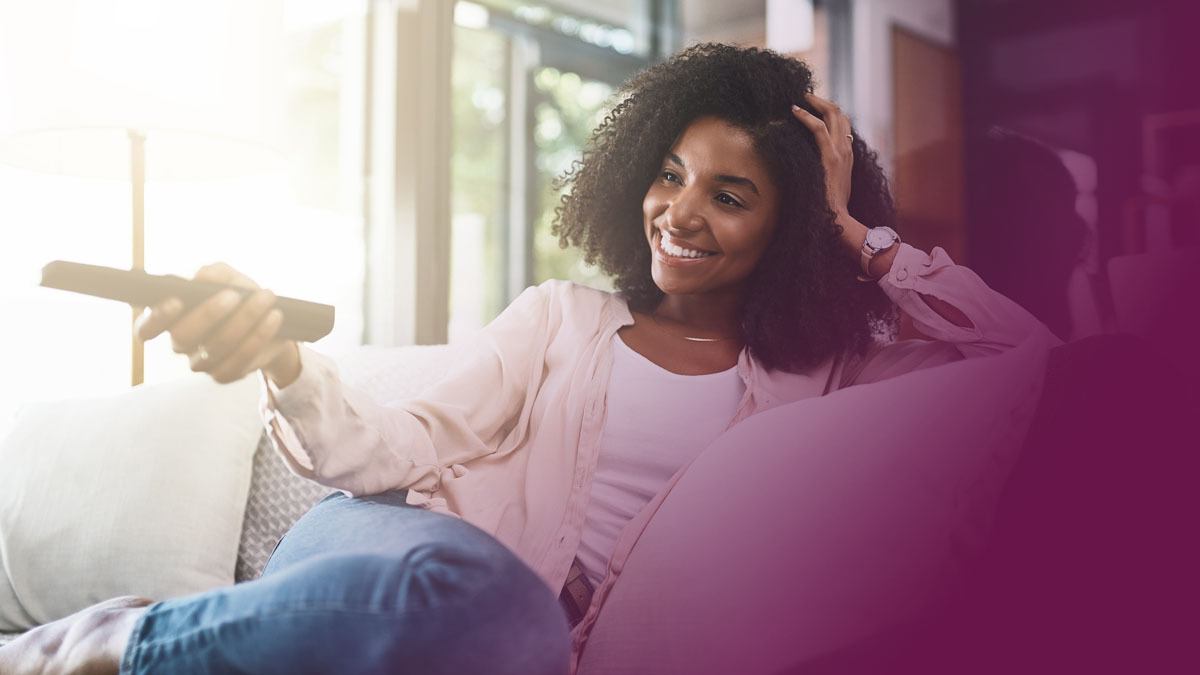 This article will take a deep dive into the relative affective and cognitive involvement scores of 12 different categories of TV programming. These scores were derived from data collected by the Zion & Zion media and marketing science teams from 2,041 viewers, providing a total of over 10,000 evaluations of 111 of the top TV programs across 12 programming categories. Note that the individual cognitive and affective involvement scores of the 111 TV programs are data proprietary to Zion & Zion and are not revealed in this article, however individuals with specific questions at finer granularity than the TV programming category level are welcome to direct their questions to our research team. Access to more granular data will be reviewed and approved on a case-by-case basis.

In this second installment of our Zion & Zion Media Involvement study, we look at how individual programs and program categories rate with respect to both cognitive and affective involvement.  This is unique data that has previously not been collected and that can heavily influence how media planners should select programs in which to air advertisements.  This data combined with the Zion & Zion Ad Effectiveness Model gives a much deeper understanding as to why advertisements are more effective on certain shows, even within the same genre.

Academic researchers have long understood that ad performance varies by show, however, neither academics nor practitioners had ever compiled a usable database of information based on this fact. Examples of subtlety that results from such data collection include that fact that within the drama category, there is a wide range of performance and such is also the case within the comedy category. The ranges of performance overlap between the different show types, some dramas score higher on some dimensions than do some comedies and vice versa. Placing an ad in a comedy to match up with the brand image is less than half the battle as not all comedies are created equal.

While advertisers should consider the exact program they are pairing their ads with, there are noticeable clusters for different genres. For example, news shows generally have higher cognitive involvement than other show types while sitcoms have generally lower cognitive involvement.  The category-level data that we present here is incredibly useful for media planners and advertisers, even if they do not have the capabilities to collect individual program data as our research team has.

The figure below shows the scores of 111 of the top cable and news television shows plotted by their affective (i.e. emotional) and cognitive scores.  The figure is also color coded by genre; the key is below the figure. 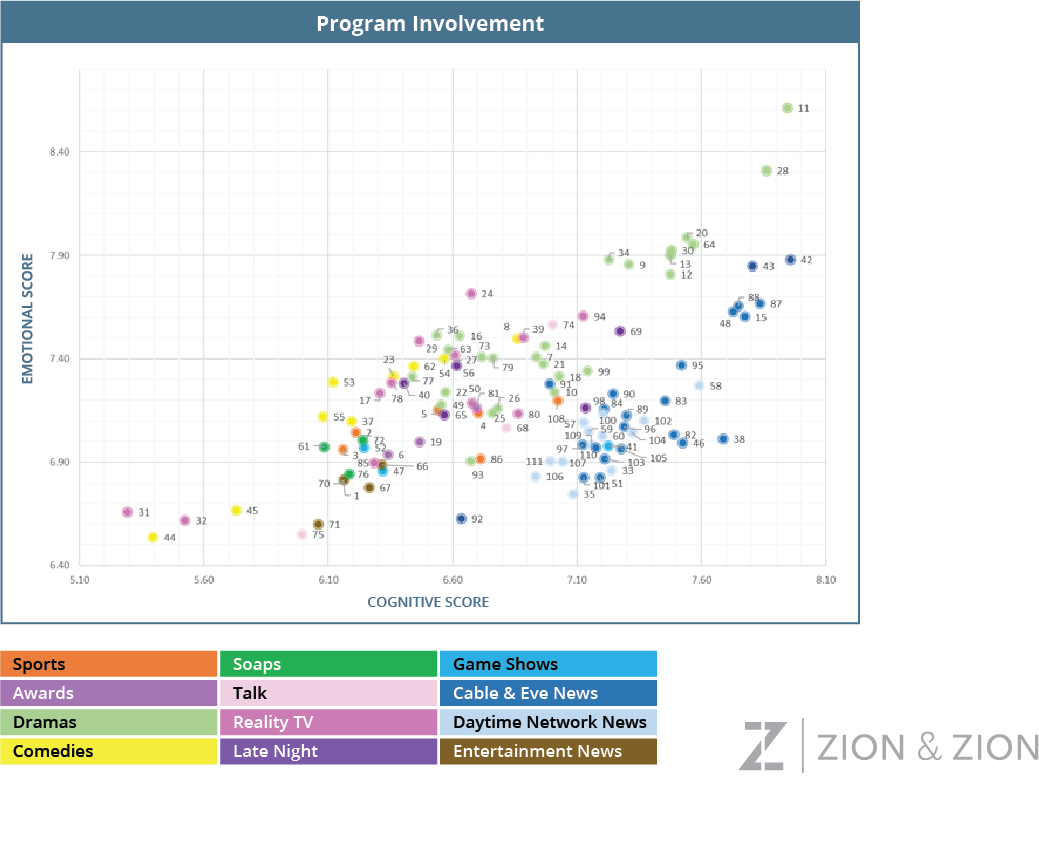 Within news, cable shows have generally higher affective and cognitive involvement than network shows. The same pattern holds within current event shows, where the cable TV versions outperform network TV on both dimensions. Media planners generally choose programs on a cost per point (CPP) and a geographic basis, but this information clearly provides additional context for such decisions.  This data shows that while cable may be more effective on a cost per point basis, many programs on cable are also slightly more involving making them even more enticing for advertisers.

Comedies and Reality TV have the widest dispersion of affective involvement, but both are situated on the lower end of cognitive involvement compared to other show types.  If we refer to the Zion & Zion Ad Effectiveness Model from the previous article, we can see that this involvement info is powerful knowledge for a media planner to possess.  Because of the low cognitive involvement, there is plenty of cognitive ability to process an advertisement although it may decrease the ad viewing.  However, this data can also help advertisers select the shows with higher affective involvement because it will help increase ad viewing and processing.  The data provided above will allow a media planner to choose the best programs to pair their advertisements with as well as provide additional context for selecting the most cost-effective option beyond just looking at the CPP.

Sports have a compact range and are situated in the center of cognitive involvement but fail to produce any show that has above average affective involvement. This surprising finding indicates that while there are very engaged fans, most fans watching for example the NFL or NBA are more casual in their interest.   Furthermore, even the avid fans are frequently watching not their own team but games between other teams that they are not deeply affectively engaged in. Case in point, the sports program with lowest affective and the lowest mental involvement? The Super Bowl!  The Super Bowl is of course a unique case for advertisers where a sizeable portion of the audience tunes in specifically to watch the commercials; without this effect, the Super Bowl would be the worst sports show and among the worst programs overall to advertise on.

Media planners should use the Zion & Zion Ad Effectiveness Model in conjunction with the data presented here (even if planners only have access to the program-category level data) to select which TV shows to air advertisements on.  As discussed in the previous article, selecting a show in the top 16% of involvement will double the ad recall compared to a show with average involvement.  This means that if it costs the same amount to advertise on each show, it is twice as cost-effective to advertise on the show with higher involvement.  Now, using the Zion & Zion Ad Effectiveness Model and the data presented here, media planners can combine this knowledge and data with CPP to select the best shows to air advertisements during. In the event that there is no data on a particular show media planners can use the average scores within the genre to make an educated decision on the cost-effectiveness of placing an ad during that show.

Next: Cognitive and Affective Involvement: The Key to Advertising Effectiveness
(Part I)