Resonating With Workers and Customers: The Impact of Taking a Stance on Social Issues 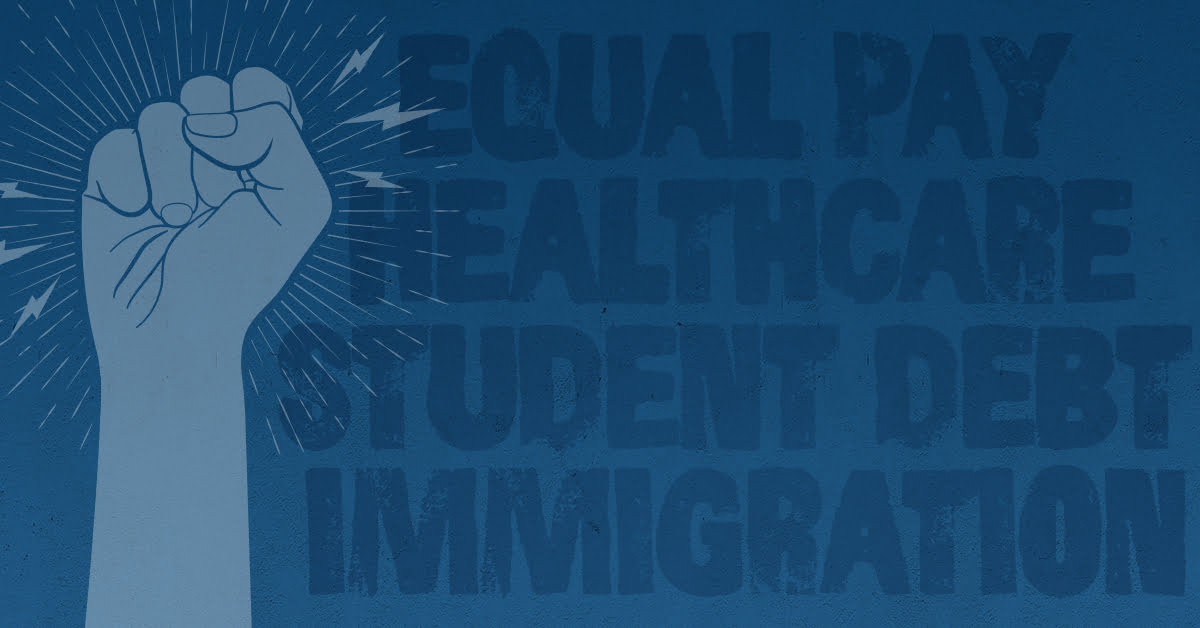 It wasn’t long ago when businesses were wary of publicly weighing in on major social and political issues. But those days are vanishing. Nike appeared to back Colin Kaepernick’s political activism against racism by making him the face of the company’s campaign, “Believe in something. Even if it means sacrificing everything.” After President Trump temporarily closed the nation’s borders to some foreign travelers and refugees, Airbnb ran a controversial Super Bowl ad that said, “We believe no matter who you are, where you’re from, who you love or who you worship, we all belong. The world is more beautiful the more you accept.” And in a more overt stand, in response to gun violence, Dick’s Sporting Goods stopped selling assault-style rifles and raised the age to purchase firearms from 18 to 21. In some respects, taking such public stands is the new normal.

In order to understand the effects of businesses taking a stand on social issues, the Zion & Zion market research team studied whether companies addressing issues of societal importance would affect customers’ willingness to do business with a company or people’s desire to work at a company.

The Zion & Zion research team sought to understand the relative importance to customers of the types of social issues that companies take stands on that would most entice a customer to make a purchase from a company. We also wanted to know to what extent a business addressing social issues would most make people want to work for a company. We conducted two surveys, one aimed at collecting potential workers’ responses (1,057 respondents) and another aimed at collecting potential customers’ responses (942 respondents).

The No. 1 ranked social issue that most enticed people to do business with a company when the company publicly took a stand on the issue was “Equal pay regardless of gender or ethnicity” (27.2%), followed by healthcare (22.7%), poverty (12.3%), and climate change (12.1%). Social issues ranked lowest by respondents were LGBTQ rights (4.6%), sexual harassment (4.1%), and immigration (3.4%).

WHAT RESONATES WITH CUSTOMERS?

To understand the relative importance of a company taking a stand on various social issues with respect to enticing customers to patronize the company, the Zion & Zion market research team surveyed 942 random adult customers from throughout the U.S., presenting them with a list of nine social issues. Customers were asked to rank the list in order of importance. The list of social issues was randomized for each customer in order to control for potential ordering effects.

Respondent were asked, “The following is a list of social issues that some companies publicly address through advocacy programs and marketing campaigns. Please rank this list in order of importance that would entice you to do business with the company.”

The top answer was “Equal pay regardless of gender or ethnicity” (27.2%), followed by “Healthcare” (22.7%). Many social issues that have received significant attention recently were ranked low: “LGBTQ rights” (4.6%) and “Sexual harassment” (4.1%).  And even though a June 2019 poll by Gallup found that Americans believe that immigration is one of the biggest problems facing the country, our respondents ranked it last (3.4%) as a reason to do business with a company when they publicly address the issue. Note that we intentionally did not specify what the stand was that a company was taking on a given social issue, merely that the company was indeed taking a stand. See Figure 1.

Men and women are mostly in agreement when it comes to patronizing a business supporting social issues. They profess nearly identical support for companies that take a stand on “Healthcare,” but have marked differences for “Equal pay regardless of gender of ethnicity,” which was ranked No. 1 by 33.5% of women, compared to 19.7% of men. Conversely, 15.2% of men ranked “Climate change” No. 1, compared to only 9.6% of women. See Figures 2, 3, and 4.

A generational view of the data reveals several statistically significant differences. (Figure 5).  All generations ranked “Equal pay regardless of gender or ethnicity” high, however, as with “Healthcare,” support drops off as age decreases: Baby Boomers (31.7%), Generation X (27.3%), Millennials (24.2%), and Generation Z (21.4%). As might be expected, Generation Z seems most concerned about “Student debt”; 15.1% of them named it the No. 1 reason they would patronize a business, compared to just 8.3% of Millennials. Generation Z also seems more invested in other social areas than older generations, including “Race relations and racism” and “LGBTQ rights.” Interestingly, Generation Z has the lowest support of “Healthcare” as a reason to patronize a company, perhaps because they’re the youngest and healthiest.

WHAT RESONATES WITH POTENTIAL WORKERS?

To understand how businesses taking a stand on social issues are perceived by potential employees, our market research team collected 1,057 responses. Respondents were asked, “The following is a list of social issues that some companies publicly address through advocacy programs and marketing campaigns. Please rank this list in order of importance that would entice you to want to work at the company.”

When it comes to working at a company that addresses specific social issues, healthcare (29.9%) and equal pay (24.2%) received the highest No. 1 rankings. Despite recent headlines about sexual harassment, LGBTQ rights, and immigration, these issues came up in the top spot dramatically less often. (See Figure 6.)

For the most part, men and women rank social issues similarly when considering whether or not to work at a company, but there are some notable differences. See Figures 7, 8, and 9. The social issue that women ranked No. 1 for the importance of a company taking a stand on is “Equal pay regardless of gender or ethnicity” (29.8%), but that only garners 17.2% of men’s top rankings. Healthcare is the highest ranked item for men (31.4%), which was also ranked highly by women (28.5%). Companies that publicly address climate change seem likely to attract more men (12.5%) compared to women (8%).

Another look at our data reveals differences by generation with respect to importance of a company taking a stand on various social issues. See Figure 10. Baby boomers, whose age and health may make healthcare top of mind, overwhelmingly ranked healthcare No. 1 (40.7%). Younger generations fall away as age decreases: Generation X (36.1%), Millennials (22.2%), and Generation Z (11.5%). While not as dramatic, the same pattern holds true for “Equal pay regardless of gender or ethnicity,” with 27.4% of Baby Boomers ranking it No. 1, followed by Generation X (24.7%), Millennials (23.1%), and Generation Z (19.4%). Among the age groups Generation Z has the highest support for companies taking a stand on several social issues, including climate change, poverty, sexual harassment, LGBTQ rights, and student debt.

Our data suggests that businesses may not necessarily want to rely on addressing hot-button social issues to encourage customer purchasing or to help with employee recruitment. Support of certain high-profile social issues does not appear to encourage customers to do business with a company, including such topics as LGBTQ rights, sexual harassment, and immigration. Instead, customers seem focused on bread-and-butter issues: equal pay and healthcare. The trend is the same when it comes to enticing people to want to work for a company; social issues that resonate less are race relations and racism, sexual harassment, LGBTQ rights, and immigration.

It is true that some customers may believe that companies supporting hot-button social issues is a positive thing. However, businesses should do so either because it’s the right thing to do and/or because they believe in them. They should not necessarily expect to reap rewards related to increasing customers or attracting employees.

Next: Restaurants Or Delivery App Companies: Which Suffers Most When Problems Occur?