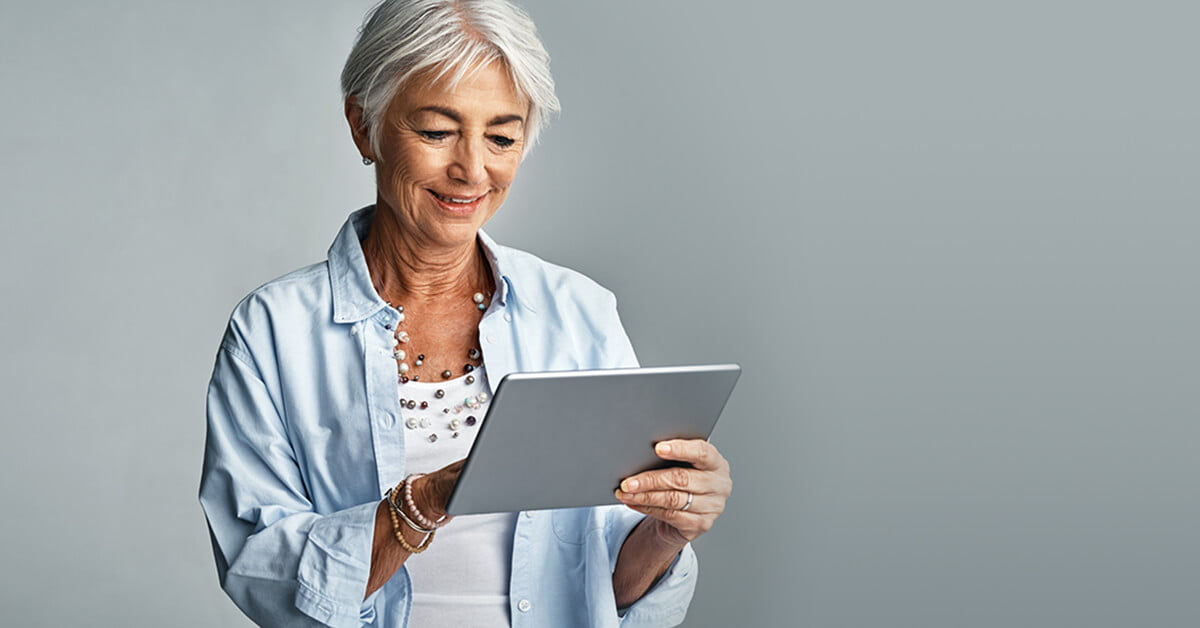 The Zion & Zion research and media teams have observed that many corporate marketers apparently believe that seniors cannot effectively be reached through digital marketing channels. So instead of reaching seniors through digital channels, these marketers fall back on traditional media. Are these marketers correct, or are they allowing personal beliefs to sway them away from marketing to seniors on their smartphones and computers? This is of particular concern to senior living communities, which market almost exclusively to seniors age 75 and older.

In an effort to understand the degree of bias in how seniors’ digital technology usage is viewed, we surveyed seniors 75+ and we surveyed another audience who should know seniors better than almost anyone: their adult children. In total, 1,021 surveys were completed, and we compared the two audiences’ results. Our conclusion: there is a dramatic difference between how much seniors use digital communications devices and how much their adult children believe their senior parents use them.

While seniors are indeed incredibly responsive to non-digital media channels, there is a missed opportunity in underestimating (and misunderstanding) their usage of digital devices.

SENIORS, THEIR ADULT CHILDREN, AND TECHNOLOGY: THE DISCONNECT

In our experience, many businesses that market to senior populations—and especially those who market senior living communities—are resistant to utilize digital marketing channels. This “seniors aren’t digital” view is pervasive among marketers who tend to fall back on traditional media channels, including television, radio, magazines, newspapers and the tried-and-true work horse—direct mail. Marketers may believe that seniors are not digitally connected to a degree worthy of justifying a media plan that includes significant digital effort.

To answer that question, we asked seniors to tell us how often they use their digital devices. In order to provide actionable intelligence to senior living marketers, we specifically surveyed only seniors 75+ who live independently—i.e. they don’t reside in a retirement community or nursing home. Then, we queried their adult children. How in sync are the two populations? Does a disconnect really exist—meaning, does the generation following seniors’ generation (i.e. the generation comprised of seniors’ adult children) inherently underestimate seniors’ digital device usage? In short, the answer is yes. Figure 1 makes the disconnect clear.

The big take away: People 75+ see themselves as significantly more technologically engaged than the generation following them (i.e. their adult children) sees them as being. 47% of seniors say they use a desktop computer more than an hour a day, but adult children’s perceptions of their parents’ desktop usage were significantly lower, at only 13%. Similarly, 29% of seniors say that they use a laptop computer an hour or more each day, while their adult children believe only 8% of their parents use laptops that often.

Across the board, seniors claim a dramatically higher degree of regular use of all digital devices than the generation following them believes.

What accounts for this huge divide?

Ownership and use of the most ubiquitous of digital devices—the smartphone—is where both groups mostly agree. There’s only a 4% difference between seniors and their adult children regarding the degree to which seniors use smartphones for purposes other than a phone call, which is close enough to the survey’s margin of error to make it a wash. Smart speakers are similarly congruent. However, as previously mentioned, the differences between seniors’ self-reported usage of desktops, laptops, and tablets, and the perceptions of their usage by the generation after them (their adult children) are so dramatic, that the skew is unequivocally evident.

The implications of our findings for managing and marketing residential senior communities are four-fold. First, marketers of senior communities (who are often roughly the same age as the adult children we surveyed) should recognize that they may have a faulty view of seniors 75+ and their digital connectedness. These marketers may indeed have inherent beliefs which limits them in making media planning and buying decisions. Second, this study is a general exercise in highlighting the need for researching one’s target audience. Third, digital marketing channels are a stronger platform for reaching seniors than is currently thought by most adults. Seniors are far more digitally active than both marketing professionals and their children perceive them to be. And finally, organizations need to consider the extended length of the senior living sales cycle. Our research shows the gestation period to be approximately three years. This, combined with the fact that seniors are indeed utilizing digital devices, supports the idea of combining digital advertising and digital nurturing with the use of traditional media. Instead of continually relying on traditional media to reach seniors, adding digital buys and digital lead nurturing would not only be prudent—but would provide a significant competitive advantage.

Next: Waiting for the Plumber: How Consumer Satisfaction is Affected by Wait Time