2018 The Digiday Hot Topic: The Future of TV Conference Recap 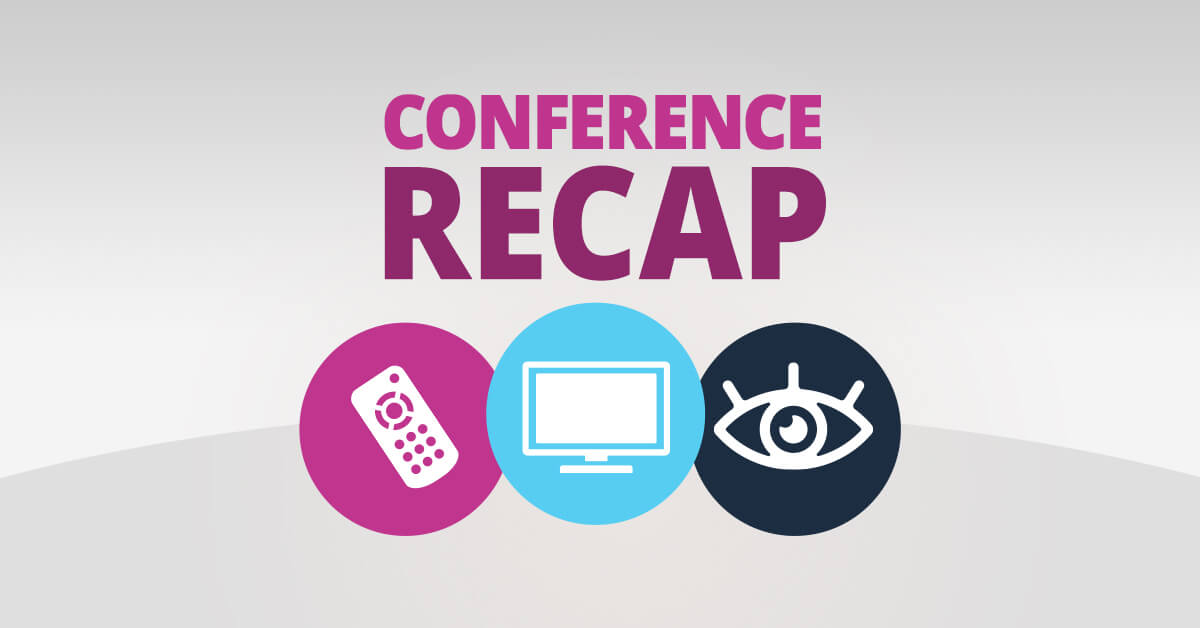 Several of Zion & Zion media team attended a one-day conference in New York City that gathered representatives from the powerhouse players in the TV, Video, and video distribution space. The Digiday Hot Topic: Future of TV attracted representatives from companies such as Hulu, Amazon, CBS, NBC, ESPN, and other major brands and agencies. There were cutting-edge conversations around content, consumption, and trends in video. We’ve compiled five key takeaways from the conversation that we hope will be of use to you.

Consolidation will be big news in 2018

In 2017, the FCC relaxed regulations concerning media ownership and the share of voice one company can own, which, when combined with changes in video consumption, sets the stage for massive changes in the landscape. Major brands in broadcast/cable are making decisions driven by fear of tech giants who can grow and create content without hitting certain financial benchmarks that are required of big, public companies.

One example of this is the recent mega-merger of Disney and 21st Century Fox, which will merge their content libraries. Some major broadcasters and content providers have even sold off some of their coveted content just to hit quarterly financial projections to ease investor confidence, as they fight to compete with agile tech companies. The warning by ad pros here is that strategies like merging and selling content are not a “long game” and still give a great advantage to tech companies.

TV and cable ratings are down, but overall viewing is up

Cable subscribers peaked in 2012 and have been on the decline ever since, linear TV ratings are declining, yet consumers are watching more video than ever. Most of this additional viewing is thanks to a competitive landscape in terms of massive consumer choice and connected TVs reaching near critical mass. Where broadcast and cable are slipping, the “living room connected device” is making up the difference. There is content being delivered not only via traditional means like broadcast and cable, but through over-the-top (OTT) providers such as Sling, Hulu, YouTube TV, DirecTV Now, Amazon, and numerous content providers that allow direct subscriptions such as ESPN and CBS. Hulu, Amazon, and Netflix subscribers are up 26% from 2016 to 2017, and today’s 107 million subscribers to these platforms is projected to be 143 million in just three years.

Most of the players in this space either recently launched or are in production of “skinny bundles” that position against and allow for an alternative to cable and satellite. This space will continue to evolve profoundly over the next couple of years. It’s predicted that the “bundle of the future” will be a consumer-selected fraction of channels at a fraction of the price (of cable).

When you look at the list of major video platforms these days, very few are traditional TV brands. What does this mean to our clients? It means that OTT viewing is only going to increase. It means that it’s time to stop solely talking about “TV” because it’s simply one of many delivery methods, and instead start thinking in terms of video strategy and how to get ad messages in front of consumers, no matter the delivery method. OTT is table stakes to content providers, and it needs to be table stakes to marketers and media buyers, as well.

At the cross section of changing viewing habits, multiple devices, and shrinking attention spans, comes the need to re-think the standard :30 commercial. Video ads need to be something that’ll live beyond the main screen, which means that ad lengths and campaigns need to translate and hold their own across other devices. A prime example that was shared at the conference was the 360-videointegration with Verizon at the Macy’s Thanksgiving Day parade, where viewers could look around via live-stream across six different camera views, offering a Verizon brand integration via YouTube, with Verizon logos everywhere.

But, the changing landscape doesn’t just refer to ad lengths and types. Deeper content engagement means there is a great opportunity for program integration and program mirroring.  One great example of this was shared by an NBC executive who played a commercial from State Farm that airs in “This is Us.” The commercial uses the same tone, music, and nostalgia of the program, and is even voiced-over by one of the show’s stars. The commercial seems practically seamless within the program and keeps the viewer in the same emotional state through great storytelling that the program did before breaking. This example of an emotional purchase (insurance) and an emotional ad environment combining to provide maximum impact is the type of work Zion & Zion is currently doing through our cognitive/affective media modeling research, which will allow our clients to net out strong TV buys based on factors beyond just audience numbers in ratings and thousands.

Finally, beyond ad length and commercial environment is a concept that revolves around customer data. Some startling statistics were shared about how much binging occurs—did you know that 129,000 people watched ALL 180 episodes of The Golden Girls on Hulu when it was added? This type of first-party data that’s owned by the streaming platform provides an opportunity to revise the value-exchange that has always been standard commercial breaks with a half-dozen or more ads and allows for a more custom experience. Imagine knowing in advance that you were going to watch multiple episodes of the same program (a planned binge, if you will) and are given the chance to watch a long-form commercial or short film in exchange for many hours ahead that are uninterrupted. This is the type of customization currently being discussed. A Hulu executive shared that all their positive customer feedback is related to CHOICE. Now, the choice in how to receive ads is on the horizon for consumers.

TV networks want a more direct connection with the viewer

A presentation from an ESPN executive made it clear: content providers are playing to win, and that includes branded platforms (formerly just channels) like ESPN and CBS. ESPN marketers want to “serve sports fans anytime, anywhere” and to be on literally “every single platform” that provides digital video distribution. CBS has worked to capture the OTT audience through the creation of unique content and their own subscription-based streaming channel, CBS All Access—and they aren’t the only ones.

What this means to consumers is that you will be marketed to heavily by not just video distributor aggregators, but also by the individual brands. It also means that subscription costs should slowly decline with increasing competition. What this means for advertisers, especially on a national level, is that there will be more options for partnerships as audience penetration grows and their content provider’s need to monetize follows suit. Sixty percent of ESPN’s ad delivery last year was through three OTT partners: Roku, Apple TV, and Amazon. As more OTT partners come into existence, that figure will likely become more fragmented, but the bottom line for advertisers is the same. Know the OTT space and enter it, or you will be left behind.

News publisher, Bloomberg recently partnered with Twitter to create a custom content platform called TicToc that appeals to a new generation of news consumers. Similarly, NBC News and Snap have joined forces to create Stay Tuned that airs twice per day and once on weekends and provides news in a more casual, conversational voice, as if to feel like friends just talking amongst themselves. What these platforms have in common is that they’re considered “next generation” news networks that look and feel more like social media.

In addition to features being shot in a vertical format with graphics that enhance the story instead of detracting from it, TicToc has no news anchor and only goes “live” when breaking news content warrants it. This is a stark difference to trying to fill news programming 24-7, like cable news outlets, which can quickly erode trust when all news is labeled as “breaking.” TicToc is building a new kind of news and reporting team, with the team matching the audience in tone and style. Stay Tuned has a reach that’s equivalent to the cable universe for a young audience, and at the same time, is extending NBC’s brand legacy. The bottom line is that news matters. News is generally safe from DVRs, and these new platforms focus on real journalism, which builds trust and pulls in new audiences in short formats with high engagement. This means ad formats will have to adapt and modernize, too.

The changing TV landscape means that we continue to dive deeper into an age of incredible content, customer choice, deep data, and better ads. But, rapid change also has some downsides such as diminishing audiences, legacy thinking that needs to be modernized, fragmentation, and the need for more marketers to update their ad creative. The future of TV is here, now, in the form of an ongoing digitization of the world. That digitization will take years to play out, but nonetheless, good marketing and media pros are ready to tackle what’s here, now.