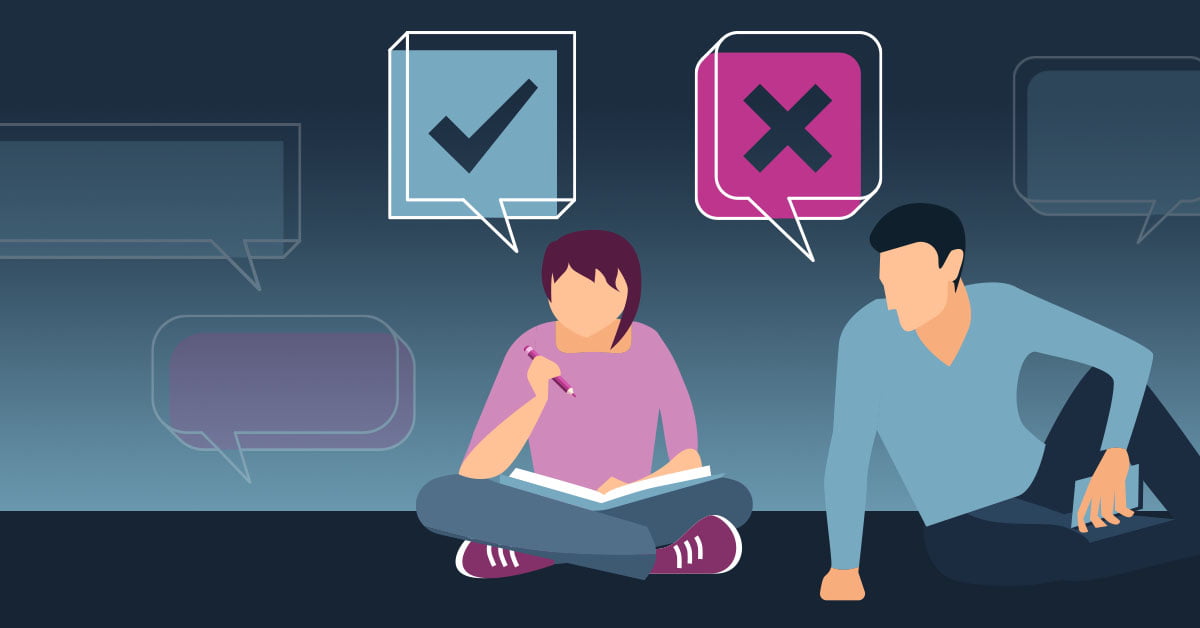 Ask yourself how many times you’ve been wrong today. Really, think about it for a second. If you tell yourself zero, some people would say you’re not pushing yourself enough. If you say many, others might say you’re an imbecile. Truth is, your error count is likely somewhere in the middle. It’s one of the many things we all have in common, but don’t actually share with one another too often. We all get things wrong time to time. You don’t have to go looking for it, but examples are out there in plain sight. My neighbor just trimmed his hedge. He was proud and thought he did a great job, until he stepped back from it and realized he thinned his beautiful shrub into a tiny grouping of twigs. My two-year old tells me I’m wrong at least 30 times a day. He’s probably batting .500 on that though.

Sometimes we can’t help it. Other times we can. Of course, mistakes are just that, mistakes. They’re inevitable. But other times that mistake goes on for years until one day you realize that the saying or colloquialism you like to bestow on people has been wrong the entire time. Sometimes people are nice enough to free you of your faux pas with a polite sidebar. Other times, it takes a light-hearted, yet fortuitously helpful, article to point us in the right direction.

That Saying You’ve Been Saying Wrong

Whether it’s misspellings, bad grammar, or complete miss-the-mark adages, we’ve all witnessed them. Maybe it’s in an email from your boss, which surely never gets brought up. Of course, your average Amazon or Craigslist description is a hotbed for bad grammar and punctuation. Even as I’m writing this, the cable news channel I have on in the background just used the word “literally” in a non-literal sense—and they certainly aren’t alone in that reference. But when it comes to colloquialisms and idioms gone wrong, we’ve all forgotten to cross the i’s or dot the t’s at one point or another, if you get what I’m saying. Less than a week ago, I heard one for the new era, “keeping up with the Jonases.” It was definitely a bit off the mark, but I kind of liked it.

However, before we go too far, let’s answer the question, “What exactly is a colloquialism? And how is it different from an idiom?”

Lexico (powered by Oxford) defines each as:

Funny thing, Oxford University Press can define colloquialism for us, but they aren’t immune from flubbing one up on occasion. They, along with other prestigious organizations like Yale, Harvard, The New York Times, and the BBC have all even gotten them wrong.

My point is, no one is truly exempt. But, the more we know the right saying, the better. Can you tout a perfect score on the following colloquialisms?

There’s Method to the Madness

Many colloquialisms and idioms are so ‘everyday’ we may not think about how they originated. The truth is, many are rooted in history and came about quite logically. For example, the saying, “for all intents and purposes” dates back to sixteenth-century English law. It was shortened from its original phrase “to all intents, constructions, and purposes,” which means “in every practical sense.” The word “intents” being a purpose or meaning. And “purpose” being the reason something exists or is done.

Also dating back just a few years, the term “scot-free” was published as early as 1588 in Robert Green’s “Pandosoto” or “Dotastus and Fawnia.” The term “scot” is a municipal tax paid in 12th century England. So, if someone was to avoid paying taxes, they were said to be getting off “scot-free.” Eventually, the phrase’s meaning widened and was associated to any sort of avoided punishment or dicey situation.

“Twelve beauteous steeds, of golden color and with golden manes, champ at the bit.”

So, how many of the above idioms and colloquialisms did you know correctly? Whether you knew them all or not, it begs the question of what we might not know that we believe we do. It’s always interesting to discover new things about yourself, especially things others may already know. It reminds me of the “Blind Spot” premise of the Johari Window: information about yourself that others know in a group, but you are unaware of it. But we’ll leave that deep dive for another time, another article perhaps.

Next: How to Take Control of Your Workload by Prioritizing & Executing