Six Ways Public Relations Changed as a Result of the Pandemic 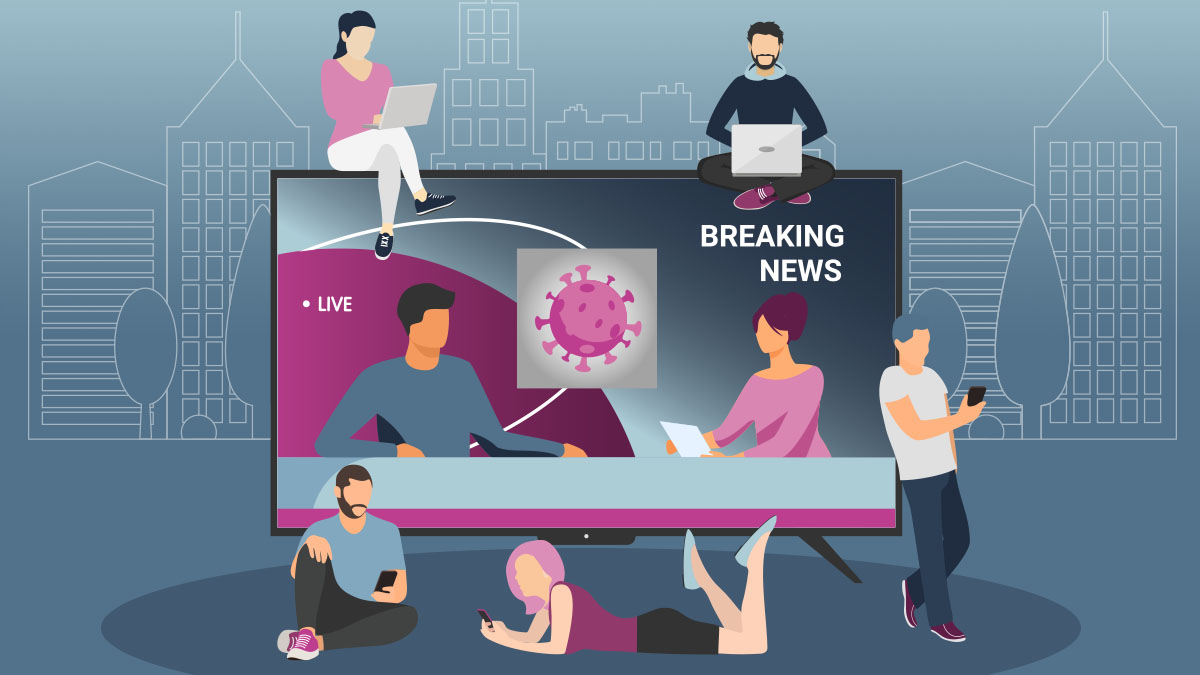 Our whole world has changed over the last year and a half. Priorities have shifted both personally and professionally, which means the way in which brands market their products and services should be reevaluated.

Public Relations is a discipline that became much more visible and important during the pandemic. Companies were in crisis without a crisis plan. They realized quickly that they didn’t know how to react or what to say to their customers. As a result, PR became a priority. However, while PR gained more visibility, the way we go about PR changed significantly.

According to KANTAR, linear and on-demand TV consumption increased substantially as did radio and podcast. Newspapers and magazines also saw a slight increase.

While there are more mediums being utilized, the news topics were limited to only news about COVID and the pandemic which made it very difficult for publicists to secure exposure for their clients.

While media consumption has increased, unfortunately staffing at media outlets decreased. Writers, editors, reporters and bloggers were furloughed or laid off and newsrooms were and still are operating on a much leaner staff. This means that they can’t produce as many stories as they once did – so PR professionals had to get creative and find ways to still get published. What we learned was that by writing the stories for the media outlets, we had a better chance of securing exposure for our clients. So, savvy PR professionals began writing news briefs, thought leadership pieces and other educational articles in hopes of getting them placed in publications.

Another point to note is that if a story wasn’t COVID related, in the height of the pandemic, there was no way it would make the news. But, there was also a thin line publicists had to walk, in that we couldn’t force our clients into the news cycle – it was seen as self-serving and tone deaf.

As we all know, all in-person meetings, conferences, seminars and experiential events went virtual. Companies had to make this pivot very quickly, forcing brand experts to rethink their strategy for offering insight and expert opinion to potential audiences. Interviews were all conducted by Zoom, Teams or other live video software and brands had to figure out creative ways to get their product and services into the hands and minds of consumers.

From the media’s perspective this made things a bit easier because they could conduct interviews from the comfort of their own home. They saved a ton of time not having to travel to events and shoots. However, since we could now see into everyone’s homes, quite literally, technology became vital. Executives and employees had to become more tech savvy and things like virtual backgrounds and sound quality became a priority. Distractions also became a consideration because people were juggling home and work at the same time and in the same space.

Authenticity Became an Even Bigger Priority

As previously mentioned, consumer’s priorities and preferences have shifted. They are rethinking what matters most in their lives and this includes the brands they engage with and the attributes that are most important when considering products and services to purchase. Now more than ever, consumers seek companies that are giving back to their community, investing in their employees and are committed to being transparent about who they are and what they stand for. For example, during the pandemic many companies demonstrated their dedication to the community with product donations, fundraising, lowering or forgiving payments or bills, donating PPE and more. This was recognized by consumers and those companies are now viewed more favorably. These initiatives and gestures will be remembered when making future purchases.

That said, it was (and still is) the PR professional’s job to communicate these initiatives to the media and in turn the public, in addition to helping brands rewrite their overall narratives and messaging. Authentic, heartfelt and frequent messaging won the hearts of customers and became fundamental. Publicists had to consider how their clients fit into the news cycle but also be careful that they weren’t just inserting themselves to secure exposure. The challenge became, how do we keep our clients top of mind without appearing self-serving?

Trust In the News Has Diminished

Trust is earned, not given and the past year has proven this. The public doesn’t know what to believe anymore when it comes to the pandemic and the news. Differing information from media outlets and governing bodies has created frustration and a lack of overall trust.

According to Edelman’s Trust Barometer, fewer than half of all Americans acknowledge any kind of trust in the mainstream media and 59% of Americans said they agree with this statement: “most news organizations are more concerned with supporting an ideology or political position than with informing the public.” And 61% of Americans think that “the media is not doing well at being objective and non-partisan.”

PR professionals have a role to play with combating misinformation. It is our job to remain steadfast in our efforts to present accurate and truthful information as it relates to our clients, and not engaging with outlets that have a history of reporting dishonest or misleading information. 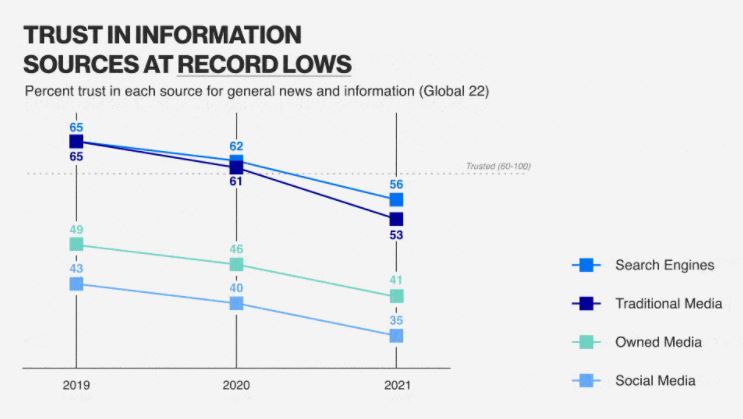 Public Relations was and still remains tricky. PR became more of a priority during the pandemic with brands requiring new messaging and more in-depth crisis communications plans and as ad budgets decreased brands were forced to lean more heavily on PR and sharing positive news stories. However, media outlets only covered news related to COVID, requiring PR professionals to think beyond traditional storytelling and help their clients pivot to new means of communication. Public Relations will most likely be changed for good but only time will tell.

Next: CDP Value in the Home Services Industry