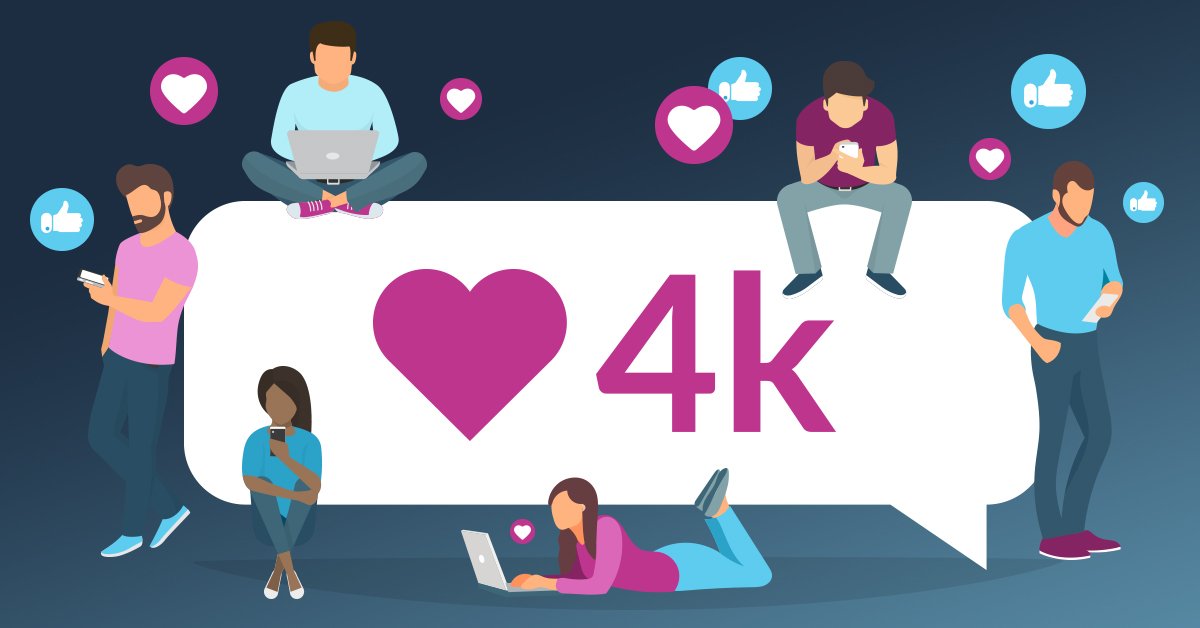 We’ve all heard the phrase “Millennials have no attention span!” but is it true? Not quite.

Millennials have an attention span of roughly 12 seconds while Gen Z has an attention span of approximately 8 seconds. Which is, yes, significantly shorter than that of Baby Boomers and other older generations. However, it’s not only their inability to focus that makes it hard to advertise to younger generations. It’s their strong inclination to juggle multiple screens at once.

So, how do we market our brands and products towards these younger generations that can’t seem to stay still long enough to listen to you shout out the name of your brand or product? We use short-form content.

Short-form content is quick, “snackable” content. It helps your audience become aware of your brand, product, or services, and helps you establish a connection with them. Short-form content can also be used to help drive campaigns, but I’ll talk about that more in depth a little later on. In a world where thirty second ads are seen as less enjoyable by viewers, short-form ads are a breath of fresh air.

Instagram, Facebook, YouTube, and Snapchat have embraced the use of :6 and :10 second ads on their platforms. Brands that use this method of advertisement have seen significant growth in overall recall.

Ben & Jerry’s developed a creative campaign focused on boosting awareness for their new product, Pint Slices, which featured a ten second video ad on Instagram Stories. These ads drove up ad recall by 14 points, brand awareness by 6 points, and created a 2-point spike in purchase intent for the new product.

Product Manager, Zach Lupei and Product Marketing Manager, Jim Habig, from Google, researched 122 short-form ads on YouTube, also known as bumper ads, and found a 70% lift in brand awareness with an average lift of 9% for each campaign. When reaching someone for the first time, the shorter the ad the better.

Over on Snapchat, Adweek added their own advertising campaigns, resulting in a 10% lift in conversion rate and a 15% lift in ROI. Snapchat has also recently added an addition of audience insights where brands receive free stats based on how many users visit their locations. These stats give insight to where your viewers are located, their demographic, interests, and the devices they use.

Here is an example of what those insights look like:

Digiday, a division of New York based Digiday Media, conducted multiple experiments to test viewers emotional engagement and interest levels while watching ads. They noticed that six second ads are:

Short-form ads perform great on social media, but that isn’t the only stage they shine on. In 2017, Fox Networks Group debuted broadcast TVs first six second ads during the Teen Choice awards. After the initial success, Fox also broadcasted six second ads during NFL games and the World Series in 2017. T-Mobile, one of the brands that promoted during Fox’s six second ads, noticed the “short-form spots boosted viewer engagement metrics such as brand recall, likability and message recall.”

Fox isn’t the only network that has decided to test the waters with six second ads. Streaming platform, Hulu, has introduced a seven second ad option in their advertising opportunities. AMC featured six second ads before the second and third episodes of “The Walking Dead” to help promote Microsoft Xbox. These networks have decided to lean to the…well, leaner side of advertising with shorter ads—and for good reason.

According to ARF (the Advertising Research Foundation), six second ads on TV capture 8-11% more attention per second than longer ads. Short-form ads made up only 3% of ad placements in 2018 but drove 6% of impressions.

Should I Ditch The Longer Ads?

The short answer: no. Short-form ads are great standalone pieces but when used in tandem to longer ads, they can generate a substantial lift in areas such as brand recall, purchase intent and engagement.

Think of six second ads like the headline of a news article. The headline alone might be enough to get people excited or talking about your brand or product, but what we really want is for the audience to follow the story, click read more, and get to that big, juicy article; the thirty second ad, the website, the checkout, etc.

During Digiday’s emotional engagement experiments mentioned earlier, it was also discovered that short-form ads are 2.7 times more effective when used to reinforce a campaign already delivered to the audience.

Important note: The audience’s purchase intent is highest when your six second ad appears after your longer ad.

In 2017, Yoplait launched their “Mom On” campaign featuring a sixty second digital and TV ad followed by 32 personalized six second ads. They saw a 1,461% lift in brand interest and an enormous amount of positive feedback on social media. By retargeting people who watched their initial commercial but didn’t complete the call-to-action, Yoplait was able to drive their costs-per-lead down and make the second ad more efficient.

Busch had similar success by continuing the story from their first Super Bowl ad through bumpers. This strategy resulted in a double-digit lift in brand awareness and purchase intent amongst their viewers.

How Do I Make A Great Short-Form Ad?

While there’s no secret formula to producing a great bumper, snackable, or six second ad; there’s a few things you can do to ensure you create a high performing ad.

1. Treat your short-form ad as its own format.

You can’t simply chop down then repurpose a longer ad and expect the story to be just as compelling. We wouldn’t take a two-page paper, delete a few lines, erase a few words, then smash it into a tweet and expect it to flow just as smoothly. So why would we do that with an ad?

2. Less is more when it comes to short-form ads.

Keep your creative elements simple and your messaging clear. Try to focus in on one objective instead of cramming everything into one ad. You can also split your idea up into multiple short-form ads and tell your story one part at a time.

Six seconds is not a lot of time and when your audience is spending all of it trying to read what’s on screen, they aren’t absorbing your message. Strong visuals are the key to short ads, so you need to make sure your video has “thumb-stopping power,” or viewers will scroll right past it. According to Think with Google, those who incorporate product shots or “action packed creative” into six second ads have a greater lift in ad recall and brand awareness.

4. Make sure the ad works without sound.

In 2016, Digiday reports that 85% of online video ads are watched with consumer’s phones or computers on silent. This is important information for all online ad formats but is especially critical for short-form ads because of how quickly they end. You want your message to come across to the viewer before your six seconds are up.

5. Lastly, humor is a great way to captivate an audience in a short amount of time.

It makes your marketing more enjoyable and your ads more fun to watch. If you can end your video on a laugh for the audience, they are more likely to remember your product or brand.

Next: 3 Common Creative Mistakes in Advertising