What is TV Advertising and Is It Still Relevant? 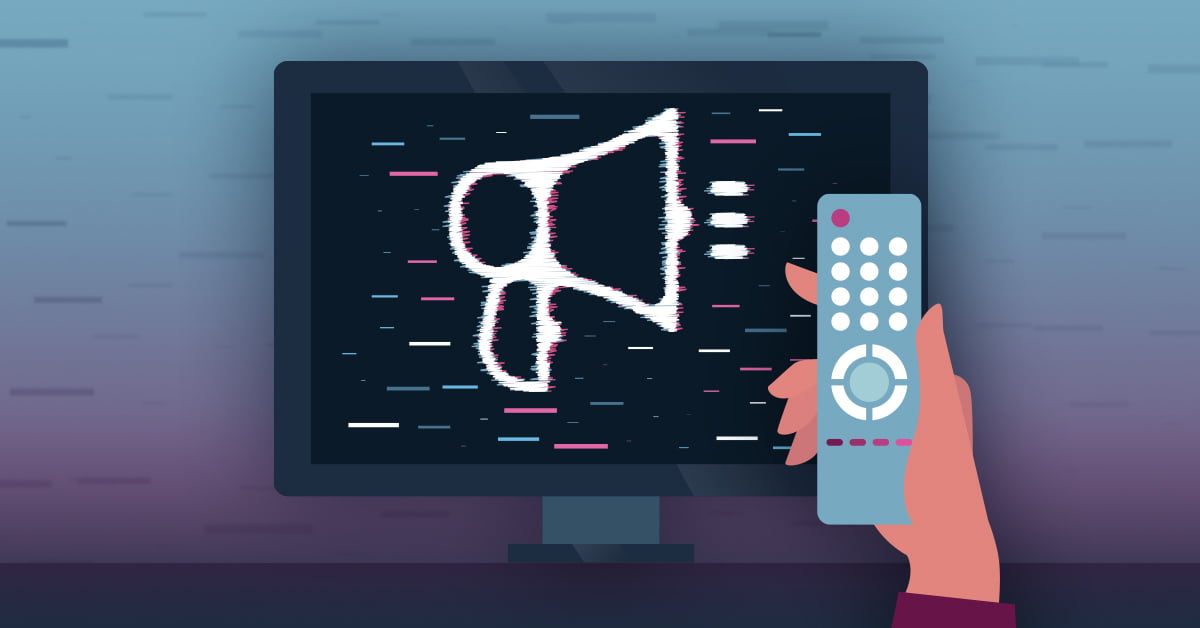 With the rise in technology over the past 20 years, we have seen a transformation in the way we connect with entertainment through our television. It’s hard to believe that television has been around since the 1920’s and commercials were introduced in the 1940’s, but we didn’t see much of a change in TV commercials until the 2010’s. In 2019 Warner Media reported that 14 minutes and 32 seconds on average were allocated to ad time per primetime hour. That is 23.87% of your watching time on broadcast networks dedicated to commercials!

A Brief History of TV Advertising

It is crazy to think that commercials have been around since the year 1941, when the first commercial aired. This commercial is called Bulova Time Check and at the time it only cost the advertiser $9 for the spot placement plus the station fees. Over time, television ads became more popular and in the 1960’s NBC created a new model for advertising on television where they would run 1-2 minute spots during the commercial breaks. These ads focused on telling the viewer why they should buy the product that was being shown to them. Ten years later the messaging strategy shifted from telling the viewer why they should buy the product to encouraging viewers to buy into the lifestyle the product represents. In the years to follow, options for advertisers increased due to more competitor networks entering the market where the “big three” broadcast networks (ABC, NBC and CBS) no longer had 100% viewership.

In 1984, Apple introduced the Macintosh computer by paying for a $500,000 spot during the NFL’s Superbowl, turning this annual game into a major ad event. This marked the beginning of an era where advertising became newsworthy. From there we began to see more advertising channels through online advertising as well as the launch of subscription and streaming services such as Netflix and Hulu. These platforms allow you to pay monthly in order to stream anything within their library of digital content. Although Netflix does not offer ads on its platform, Hulu has been pushing the boundaries of television advertising by introducing new ad placements as well as interactive ads within their streaming platform. Over the past year we have seen streaming services pop up everywhere including Disney +, YouTube TV, Peacock and HBO Max. There are bound to be new developments in ad types through many of these streaming platforms that are still very new, which means there will likely be an evolution of how ads are delivered to viewers in the future years to come.

Advertising your commercials on television is now a completely different world than it was in the 1940’s and now you have the option to buy television commercials in a multitude of ways. In the past you could only buy television ads through the broadcast networks using a Cost Per Point model where a point represents 1% of the targeted audience in that DMA. Today you can buy commercials on television in a multitude of ways including Broadcast TV, Over The Top TV (Also known as OTT or TV Everywhere), Connected TV (CTV), Addressable TV, Video on Demand Addressable TV (VOD TV) or Programmatic TV. There are a lot of different ways to buy television commercials and many advertisers are beginning to bucket these types of buys into two categories: Linear TV (Broadcast and Cable/Satellite Networks) and Advanced TV (OTT TV, Connected TV, Addressable TV, and VOD TV.)

Although there are a multitude of avenues when buying television ads, there is one important thing to consider before deciding what type of ad to buy: your target audience. This is very vital because when you do the research on your target audience’s television viewing habits, you will find there are certain commercial placements that will resonate with your audience more than others. Some basic questions to ask while performing this research are: What demographics do they fall under? What are their viewing habits? Are they cord-cutters, cord-nevers or broadcast/cable loyalists? Once you have a deep understanding of your target audience you will have a clear path on which direction to take when buying television ads in today’s market.

Why Should You Invest in Television Advertising?

There are many reasons why you should invest in television advertising from increasing brand awareness to implementing a full funnel approach to cross-device targeting. When your goal is to increase your brand awareness, television may be one of the best ways to reach a large number of users and paired with today’s variety of options, a much more targeted strategy than in previous years. This allows you to buy these ad placements more efficiently, making them more effective overall. Many advertisers can talk to the marketing funnel until they are blue in the face, but it can be hard to visualize results from a high-level tactic like television advertising. This becomes especially important when you have other advertising tactics running like search ads, social ads or display ads since adding TV allows you to add more potential customers to your audience who may not have been reached without the awareness television advertising provides. Once these potential customers are in your funnel you can then use your other tactics to target them and push them further down the funnel. Another reason television advertising is important is so that you can target users through cross-device targeting. This is a strategy where you can target users based on their device locations as well as their email login to certain apps and devices in order to create a linked ad experience. For example, if someone is watching television through a streaming device but are also on their phone, you could show them a television ad and then 30 minutes later have a digital display ad served to their mobile device. This not only increases awareness but also allows them the opportunity to interact with your brand in real time.

There are several reasons outside of the three discussed on why you should invest in television advertising, but the reasons outlined above are the top three many advertisers see value when purchasing TV.

Many people do not completely understand the different ways you can purchase television ads because of how confusing the different buying types are as well as the multiple types of television buys there are. We are beginning to see more organization and clarity in the industry as buying television ads digitally becomes more normalized. In the past 5-10 years we have seen television advertising begin to evolve with the changes in technology which has allowed us to target television viewers better than we ever have before. In the next decade we expect to see television ad types as well as the targeting strategies evolve even more as these advanced TV placements begin to normalize in the digital advertising realm.