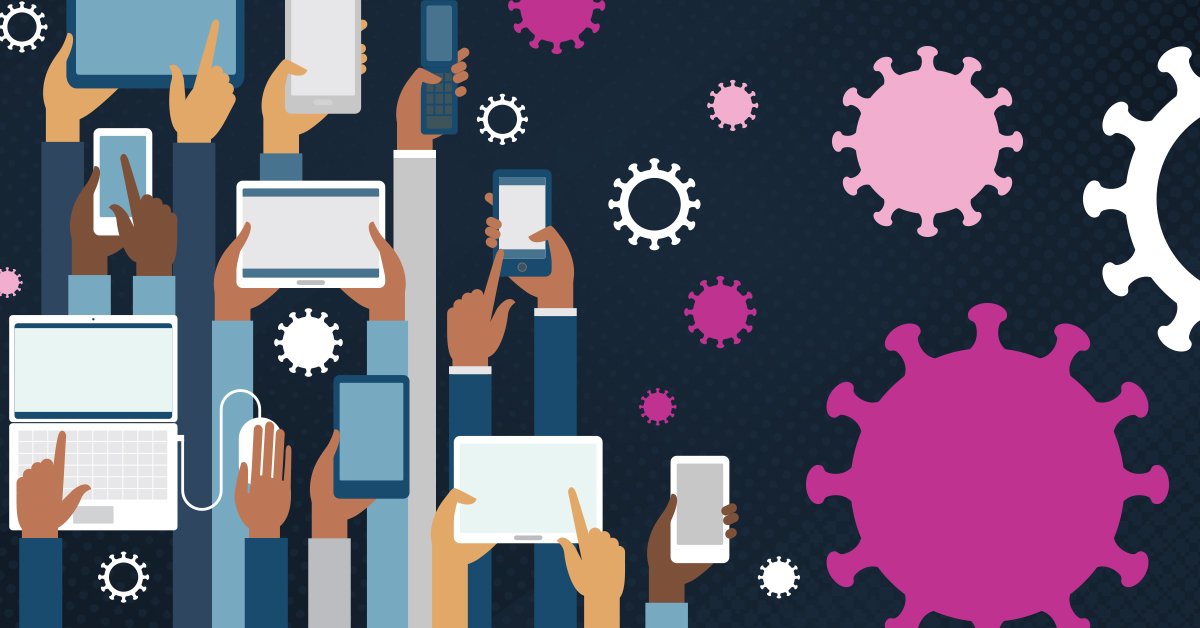 The year 2020 has brought arguably a decade of cultural change within a matter of just weeks, and a sudden halt to business as usual. The economic implications are global and require massive shifts in business plans by organizations both big and small. We are seeing brand advertisers rework their messaging and continue to advertise, while many direct response advertisers take a pause.

The sudden shift in daily routines has changed both how people shop and how they consume media, and in some cases, the two are fully intertwined as devices become both entertainment and utility more than ever before. The workforce has shifted to working from home, and has remained productive, but business is still forever changed. People are going to start questioning if they really need to attend meetings in person or drive to the grocery store, and these new lifestyles will continue to alter daily habits and consumer behaviors. Shoppers who can’t visit now-closed brick and mortar stores have shifted to online and app purchases and shifting daily routines have changed when and how media is consumed. Everything is different going forward.

The biggest story in digital media consumption is with apps. Mobile usage growth is consistent with historical trends, but app downloads are up exponentially in the past few weeks. InMobi tracked new app install trends from end of December 2019 through the first three weeks of March 2020 and found these key insights.

It is not only app installs that increased over the past few weeks, overall use of social media is up 45% globally. As everyone works to reduce and/or avoid contact with others, the outcome appears to be greater use of social platforms for both news and connection.

Digital media has also seen changes related to paid search. Paid search, generally considered foundational to any media plan, is seeing shifting conversion rates. Data shows that while consumers are trapped at home and are increasing their use of paid search for some products and services, conversion rates are down in many industries due to both economically driven and social contact driven apprehension. Further, brick and mortar business, especially those considered “non-essential” that did not have an e-commerce strategy in place before this crisis are falling further behind their competitors, if competing at all. With some competitors dropping out of the paid search space in certain industries and geographies, it means that there is market share to be taken by others. However, in other industries and geographies, lack of demand creates increased competition.

iHeartRadio is reporting podcast downloads and listening at an all-time high in March 2020. In-home listening has increased across the web, smart speakers, and smart TVs, indicating that content and on-demand listening are valued by consumers, even without the commute. Podcast downloads are up 21% though the week of April 12, 2020, according to Podtrac.

National Public Radio (NPR) stations have increased listenership across digital and terrestrial platforms, as listeners seek out news content. Research shows that 89% of NPR listeners believer that NPR provides them with information that other media outlets do not provide.

Terrestrial broadcast ratings for March are out, which cover the period of February 27 to March 25. Despite concerns that listening was dependent on commutes, key metrics have held. The number of listeners per quarter hour (AQH rating) still shows 90% of audience being present, and weekly Monday to Sunday reach held at an average 96% of all US adults.

Brands that continue to advertise find security in the fact that ad messaging can be changed out quickly, ensuring that messaging is not tone-deaf no matter what changes are ahead. Producers working from home have the tools they need to update audio ads without the hurdles required to create video, making audio more agile and adaptable.

OTT (over-the-top) streaming services have seen the greatest growth of all media categories in the past month when looking year over year. The Nielsen Company’s Custom Streaming Meter Report reveals some major statistics that indicate new patterns.

A key point to consider is that these new streaming audiences that have been pushed to adopt new technologies are unlikely to revert away from streaming and back into their traditional linear TV habits, indicating a likely shift in media tactics moving forward. Of countless changes that the pandemic will bring, older adults (both 35-54 and 55+) shifting their screen time to streaming is not likely to revert.

The biggest news in traditional, linear TV might not be that news programming is up 41%, which is intuitive, but instead it is that what was thought to be the biggest factor impacting TV in 2020 might not be political advertising, after all. A report by Billups finds that 30% of planned Q2 campaigns have already been shifted to Q3, and Q3 is typically sold to 100% capacity in a non-political year. Make no mistake, political will be heavy in 2020, so Q3 TV will be incredibly active. Inventory will go first to those brands willing and able to commit to being in-market first, even if the climate is still unclear and messaging is undecided until closer to run-dates. Q2 TV inventory is widely available.

It’s intuitive that fewer people are seeing out of home boards now that they aren’t commuting, and the overall availability is high right now, after months of inventory sell-outs. The Out of Home Advertising Association of America (OAAA) conducted a survey of out of home providers across the US, asking what percentage of their clients were making changes of their 2020 out of home investments (70%), and what short-term tactical changes the out of home companies are making. Sixty percent of respondents say they are willing to postpone current contract commitments and provide flexible payment terms. Thirty percent were willing to provide rate reductions and production discounts.

Out of home creative has changed tone, from encouraging and uplifting to engaging entertainment. Ads showcasing unity, social distancing, and health tips promote a feeling of community, and this example of OutFront media using their boards for a socially-distanced Easter egg hunt activity for the family shows ingenuity and community.

Knowing where to reach people as they shift habits will be a key factor as the economy restarts. Understanding that everyone’s habits are changing right now, and many of these changes will become the new normal, will be key for marketers wanting to understand and reach consumers and key audiences.

A successful business response to the unfolding pandemic will require regular and thoughtful communication with both stakeholders and customers, unparalleled agility and some real resiliency. The companies that get it right, right now, are going to rebound higher with a loyal employee and customer base and lead into the new economy.

Next: How To Grow Your Business with Multi-Language Websites