The Intersection of Strategy and Creativity 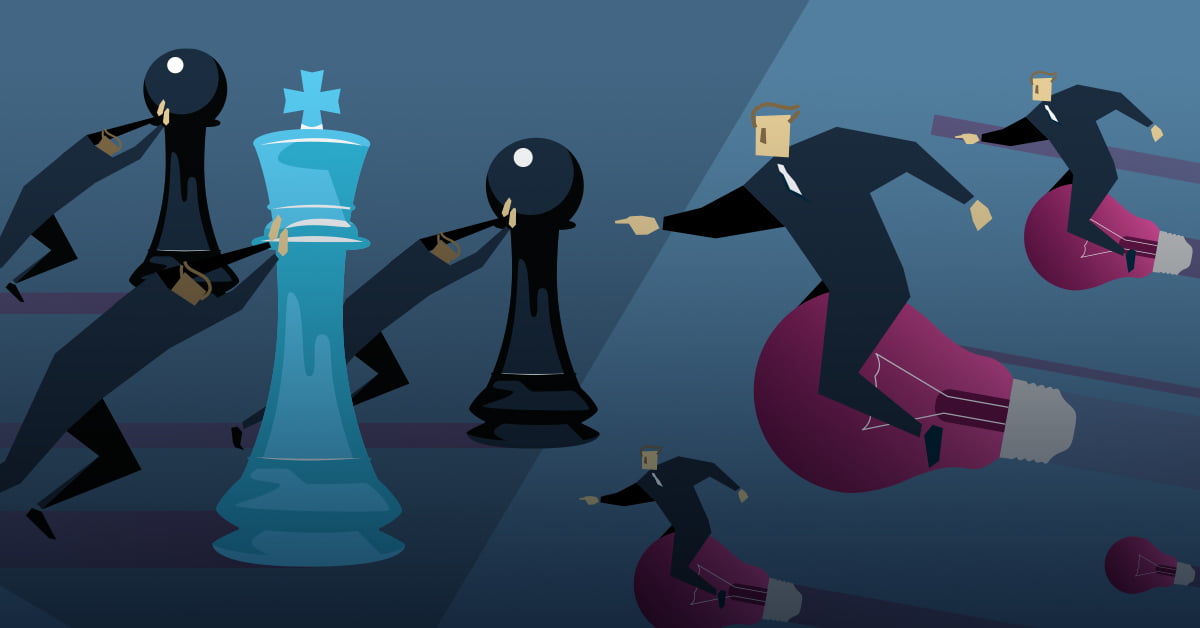 Two Brands That Got It Right

You hear the word “strategy” thrown around a lot these days. As if it is a new concept in marketing. The fact is, strategic thinking has always been the primary reason whether a piece of marketing fails or succeeds. Think about all the different strategies that go into a successful campaign; target strategy, media strategy, creative strategy to name a few. It seems like every agency is claiming they do it so well. But we know that’s not true. We see so much work that is all strategy but doesn’t have the creativity to garner attention. Or, we see marketing that’s nothing but creative fluff reaching the wrong audience with an inappropriate message. So, it’s still impressive when we see marketing that gets it right.

Vimeo “We Can Help” Campaign

Although Vimeo has been around for more than 15 years, 2019 marks the first time they launched a brand campaign. Many people confuse Vimeo as being a less popular YouTube, but the mission of the site is much different. Vimeo is dedicated to being a showcase and resource for independent film makers and video artists. Beyond hosting video, they offer great tools like analytics and stock video to help their members make their own videos better. The Vimeo community is also dedicated to supporting and inspiring each other which is very different from the troll-like crowd you often find on YouTube. Plus, the broader audience of people trying to solve video problems is huge and they don’t see Vimeo as a true resource.

So, how does a campaign correctly convey Vimeo’s mission and offering? The campaign, “Vimeo can help.*” included TV, theatre, out of home, and ironically YouTube pre-roll. The most memorable work in the campaign has to be the more than a dozen videos produced to run on TV and online. To say these videos are quirky and funny is an understatement.

One spot features a woman trying to put mustard on her hotdog with a squeeze bottle. Inexplicably the mustard squirts out in powerful jets across the room and on to the ceiling while emitting screams that only can be described as sounding like a young goat. Another spot features a woman using a laser pointer in a meeting that acts more like a light saber and still another that features a revolving door that won’t slow down enough for a man to enter the building. The cast is delightfully odd and the dialog is sparse to nonexistent. All this madcap action leads up to a super at the end of each video that reads, “Vimeo can help.*” You’ll notice there’s an asterisk at the end of the line. Another line quickly follows the first: “*with your videos.” A delightful left turn at the end of a series of left turns.

I know what you’re thinking. Those spots are very creative and looked like a lot of fun to make. Where’s the strategy? Where’s the benefit to the audience? You’re right to ask. As a creative myself, the appeal of doing such offbeat and expressive work is obviously strong. As a Creative Director, I soon saw the smart and strategic value of the approach taken on this campaign.

Think about this. Vimeo is the video channel for video artists, pioneers, and serious independent film makers. It was imperative that the spots maintain the creative voice and expressive nature of their audience. Traditional marketing, featuring a list of benefits and features, would have been a big miss. The level of finish and creative direction was as impeccable as it was quirky, and it better have been. How could Vimeo claim to be a resource and inspiration to artists without displaying this ability in their own work?

Let’s talk about the insight that drove the message. Simple. “Vimeo can help with your videos.” It’s the most important idea, and everything interesting that goes on before it acts as an unorthodox bridge to get to that singular theme. There was no other message. No offer. No claims about faster uploads. Just “We can help.” And that’s what any struggling, self-tormented artist really wants, right?

Is the fast food war between Burger King and McDonald’s even a fair fight? When it comes to total sales BK is a distant fourth behind the Golden Arches. So, how does Burger King confront this competition? Head on apparently.

Burger King used augmented reality to literally burn the competition in the Cannes Gold Lion winning campaign called “Burn That Ad.” Through the BK app, people were able to point their phone camera at a McDonald’s billboard, print ad, poster, or coupon. It would immediately go up in flames on their screen and reveal a free Whopper offer and directions to the closest BK restaurant. Burger King basically hacked their biggest competitor’s media investment by turning it into their own. Half a million Whopper offers were redeemed with even higher engagement numbers. Plans for rolling this campaign out in Australia and the US are coming soon.

Burger King knows that it is a challenger brand. It is willing to take risks and has leveraged social and digital media better than any of their competitors. “Burn That Ad” works on a couple of strategic levels. McDonald’s has an ad spend that’s twice as big as Burger King’s. This campaign uses that to its advantage making the competitors ads their own. And the fact that McDonald’s print and Out of Home is so prolific in Brazil, it only helps Burger King. Imagine customers seeking out your advertisements just so they can receive an offer from your competitor. It reminds me of those radio ads for car dealerships that tell you to bring in the competition’s advertised best price and they’ll beat it by 10%. This is just on a whole different level.

Let’s not forget the Burger King promise: Flame grilled burgers taste better! This campaign is literally reinforcing that by flame grilling McDonald’s ads and replacing it with an image of the Whopper. Strategically on target? Umm, yes!

Check out the story here: https://www.youtube.com/watch?v=lhXW8_7CaHM

These two campaigns have at least one thing in common. They approached their goals with highly creative solutions without sacrificing smart, strategic thinking. It’s this kind of work that inspires creative thinkers and savvy marketers alike. Now please excuse me. I’ve got some work to dream up.

Next: 6 Poor, Yet Common, Human Interaction Experiences on the Web