There’s an App for That™: But How Do You Find It? 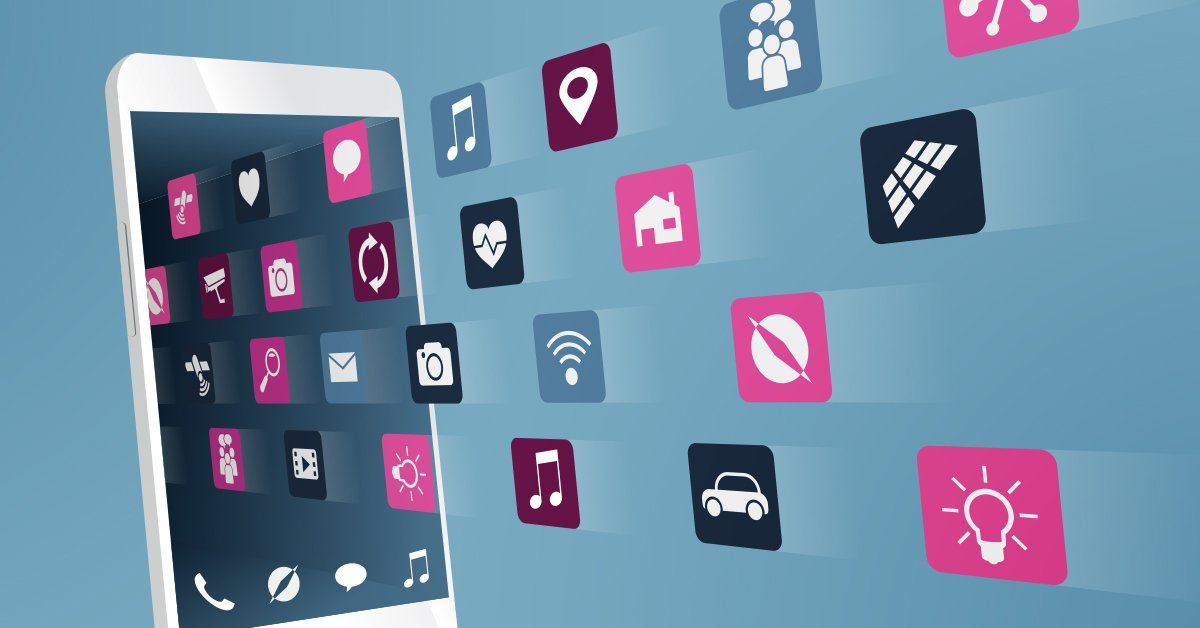 In March 2018, Apple disclosed there are more than 2.1 million apps in the App Store. WOW, right? The number is more than impressive, it is awe-inspiring when one remembers that the App Store will barely celebrate its 10th birthday in July. If you are interested in singing, “Appy Birthday” and adding it to your calendar, the official opening of the App Store was July 10, 2008. In February of 2009, less than a year later, Apple released a commercial celebrating the opening of the App Store. Whether marketing genius or the viewing of tea leaves, the ad included a trademarked moniker that predicted the future as Nostradamus might, “There’s an App for ThatTM.”

During the keynote address at the Worldwide Developers Conference 2018 in June, Apple CEO Tim Cook applauded the App Store. In the speech, he called the App Store the World’s Largest App Marketplace. He went on to say that the App Store had surpassed a milestone, “there are 500,000,000 visitors per week in the App Store.” So, not only is there an app for that, there also appears to be a person looking for that app.

Among the millions of apps available are useful apps like, Find My Phone, an app that allows a phone to be tracked online when enabled and less-useful apps like, RunPee, an app that keeps a database of movies, and then tells you the best time in the movie to head to the restroom. Insider published a more complete list of useless apps. Their list includes a fighting game called Sausage Legend, that substitutes people with sausages and iBeer an app that makes someone look like they are drinking beer without consuming alcohol. Who doesn’t like beer with their sausages?

App developers should not be discouraged by the volume of apps within the App Store. Instead, when it comes to app marketing, they should focus on App Store Optimization (ASO) and make their app discoverable and downloadable. The bridge that brings the app from the developer to the consumer is the product page. The product page includes the name, icon, app previews, and screenshots as well as description, promotional text, keywords, in-app purchases, and categories. The product page is crucial to the development of searchable meta data, which is crucial for the searchability of the app.

Create a strong name for your app

A rose by any other name might smell as sweet, but what about the name of an app? The name of the app needs to be simple and memorable. Well planned app names offer a hint of the app’s functionality. There are limited characters allowed in the name so, make every character count.

A person looking for an app in the App Store will notice a subtitle underneath the name of the app. The subtitle, like the name, only has thirty characters. A subtitle should be a concise descriptor of the app’s function. The new game app, Jurassic WorldTM Alive uses, “Simulation,” in its descriptor while the app Ghost Pop! tags their name with a more descriptive, “POP ‘Til you Drop!” It should be noted, that there is no discernable proof that exclamation points and variations of text styles influence rankings within the App Store.

Keep it simple with a good icon

Like the name and subtitle, the icon needs to be simple and relevant. In addition, the icon design needs to be recognizable. By keeping the graphics clean, the app will be identifiable regardless of size formats which may vary based on device. The Human Interface Guidelines provides the details for effective designs of an icon.

Make sure your preview stands out

Apple identifies the videos and images directly beneath the icon in the App Store as the “Preview.” Previews should be made of footage from within the app that highlights the user experience (UX). The video can be up to 30-seconds long and should not be “salesy” in nature. It should expose the downloader to everyday engagement. While it can be formatted in snippets to compress time, it should be as realistic as possible. The video cannot exaggerate or recreate elements that are not attainable within the app. In fact, blatant exaggeration can cause a developer’s removal from the developer program. Each product page can have up to three videos. In the screenshot below, Jurassic WorldTM Alive, uses a vertical video and vertical screenshots. Because this game is best played with the phone in a portrait or vertical position, it’s important to show images in both formats.

These screenshots are for evidence of UX. It is advisable to avoid text unless it is an element of the app that can be found in its normal function. 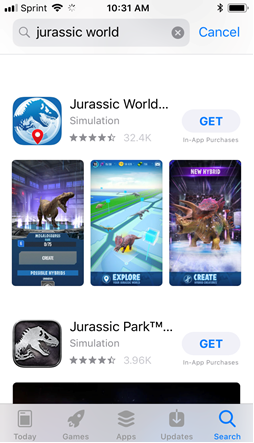 Besides videos and screenshots, the prospective downloader can read a description of the app’s functions, pricing, updates, etc. The iOS App Store does not scrape app descriptions for keywords, so don’t load the description with keywords. Promotional text is the first 170 characters of the description. Because the first line does not have to be expanded to be read, it’s important to keep the language engaging, as it has the responsibility for grabbing the attention of the reader. The promotional text is one of the few areas within the App Store that does not require an app review and new version to be altered, this makes it a great place to share updates and information about the app. The following screenshot shows the promotional text of Jurassic WorldTM Alive. 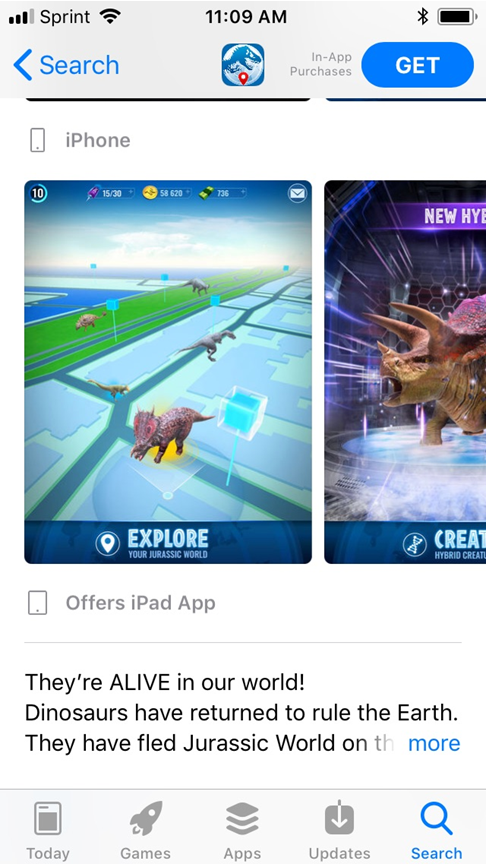 Use the App Store keyword field to your advantage

The final step to ensuring the discoverability of your app is the App Store keyword field. This 100-character metadata is indexed and determines how your app is discovered. Each unique keyword should be separated by a comma, without a space. The app developer should avoid spelling out numbers, articles, prepositions, and plural words. It is also not recommended that you use your company name, app name, or the app category. Using trademarked terms, celebrity names, other protected words and phrases, and competing app names are among the terms that might cause rejection during the review process.

To reap the benefits of App Store Optimization, you’ll need to invest time and effort. Setting up your product store to ensure downloads is no easy feat, but it’s one that’s well worth it in the end.

INSIDER: INSIDER a Lifestyle website that is about all the adventures life has to offer. Sister site of Business Insider established in 2016 to address foods, art, travel, all things not business or tech.

Apple Developer: The latest News and Updates as well as Support, Design, Development, and Distribution for iOS Developers.

Next: Marketing ‘Senior Living’ to the ‘Senior’ Consumer