What makes a great billboard? 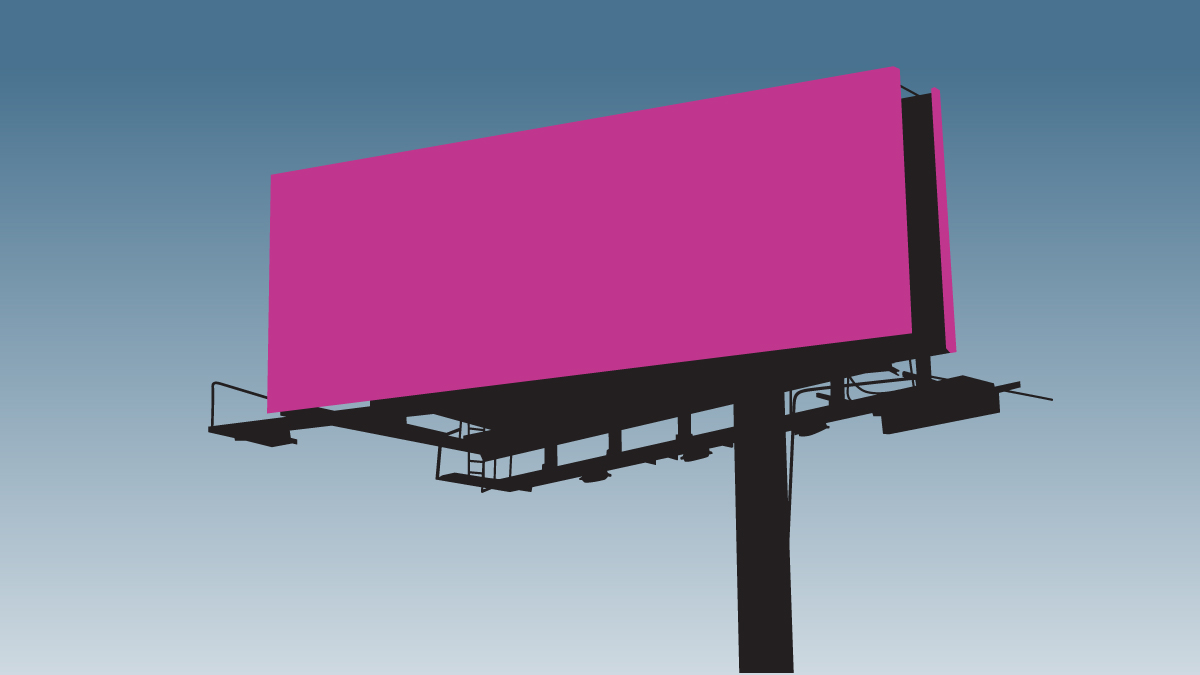 Effective billboards for a media campaign

When it comes to utilizing billboards as part of any media mix, there are five key elements to keep in mind: keeping perspective of budgets, understanding the potential reach of a billboard campaign, knowing the strengths of out-of-home advertising, thinking about how your campaign goals might be enhanced by use of digital boards, and the importance of great, concise creative.

There are five things to keep in mind.

You are probably not the marketing director of a major international brand. (But, if you are, please visit zionandzion.com to see how we can help you!)  If you do a search for information on what makes a great billboard, you will find a lot of the same. You will find really cool, attention-getting, usually-guerrilla and, often, downright brilliant creative executions that “wow” passers-by. But, what you will mostly see are examples of what is possible on huge, national brand budgets, or opportunity-based placements. Opportunity placements, like this one for Bic razors, although wildly creative, is not scalable outside of earned media though PR and social sharing, nor is it realistic on most media budgets when there are many avenues to cover.

On rare occasions, a single-placement or guerrilla opportunity is tee’d up and the right person knows what to do with it. Here, a National media planner for Audi places a campaign in Southern California. Then, the local advertising agency (no longer in business) for Santa Monica BMW sees this opportunity and jumps on it, recommending and executing a counter-creative ad. Although these examples are fun to see, they are not reality for most clients. And again, they are generally not scalable.

Pure, individual location, location, location should only be the #1 priority if you want a directional, directional, directional board.  If you are buying a single board to use simply as directional signage, that can be effective, but be aware that it’s completely different from a billboard campaign. If you’re a homebuilder or developer and you put directions on a billboard near your community (“Exit ahead and turn right”), that is really only an extension of your signage program, not much different than a monument sign, as far as what billboards can really do.  What billboards are best at is creating overall brand awareness through reach. They are very close to television, believe it or not, when it comes down to high-reach mass media choices. They are even planned against audiences in a fashion similar to TV, through ratings that define audience. These Gross Rating points (or GRPs) give indication of traffic counts with visibility to a particular board. You can even calculate reach and frequency against billboards. But other factors come into play, too, such as:

So, more important than exact, individual location of any particular billboard is how you cover the market overall, and what kind of reach you can get out of an overall billboard campaign.

Billboards are a mass-market medium, but what makes billboards a strong choice in many media plans is that bulletins, posters and wallscapes reach people who can be “low-media consumers” in other areas. You might not watch TV, but you drive to work. You might only listen to your iPod or satellite radio in the car, but you will see the billboards around you as you drop the kids off at school. Even those who take public transportation are exposed to billboards. You can’t turn them off, and it’s difficult to tune them out, due to their size alone. Outdoor advertising has additional strengths, such as:

Some of the considerations previously mentioned, like digital vs. static boards, can become driving factors in the decision-making process when planning a billboard campaign. The growth in digital billboards over the years in most major markets provides a new opportunity for advertisers. Now, you can have a timely message and change it as often as you wish, without production expenses and long lead times. You can even tie your social media to digital boards by uploading consumer-provided content in real time, so if your goal is to drive social media engagement, you can enlist billboards! If your goal is to test offers for response rates, you can actually do that by running different deals on different weeks, again, without production costs. An advertiser can even change their message in real time as it relates to weather.

Creative must do the heavy lifting

While other media has to work hard to build an audience for their media, out-of-home already has the audience built-in and an advertiser’s job is just to give that audience something compelling to look at. The creative has but only a few words and a few seconds to make a memorable impression. A great billboard can draw a viewer in with a powerful image or a simple message. Utilizing few words (8 or less, traditionally), contrasting colors and a single idea are the things that will make a billboard effective. Never SAY what you can SHOW.

Like all media, billboards are most effective as a mix across media options, but it’s important to remember what makes a billboard “great” is knowing its strengths and how those strengths fit into your overall media plan. Yes, they can just be used as directional boards, but that is simply “signage” and not achieving what a comprehensive billboard campaign can, when done well. The majority of consumers (57%) trust advertising on billboards, according to Nielsen, and as the medium with the lowest cost per thousand against all other mass media options, it is definitely worthy of consideration on most media plans.